Coca-Cola is a leader in the Cambodian beverage market with brands such as Coca-Cola Light, Sprite, Fanta etc… and obviously Coca-Cola. However, it is also a leading investor and employer. Since 1993, the company has proven its commitment to Cambodia by continued investment; it was announced in 2014 an addition USD 100 million would be used to build a new factory and employ almost 800 local employees.

With its leadership status in mind, the team in Cambodia is committed to ensure that the company not only does well but also would does good across multiple aspects of its sustainability strategies.

The company was in the process of constructing a brand new, state of the art bottling plant and after some preliminary assessment with the Cleantech Solar team decided to proceed with a large rooftop solar photovoltaic system.

Cleantech Solar and Coca-Cola Cambodia entered into a 20-year partnership where Cleantech Solar took full project design, implementation and financing responsibility. This will enable Coca-Cola Cambodia to self-generate a significant part of its energy consumption from its own facilities. The 8,224 modules of the system will potentially generate in excess of 300,000kWh/month given the excellent irradiance conditions in Cambodia.
In addition, the plant will offer a better operating environment for staff and equipment as the rooftop system will shade the roof and reduce the plant temperature by a few degrees.

“Solar power in a tropical, sunlit country like Cambodia was an obvious choice, especially given that we could take it as a service and not a capital outlay.” David Wigglesworth, General Manager, Cambodia Beverage Company 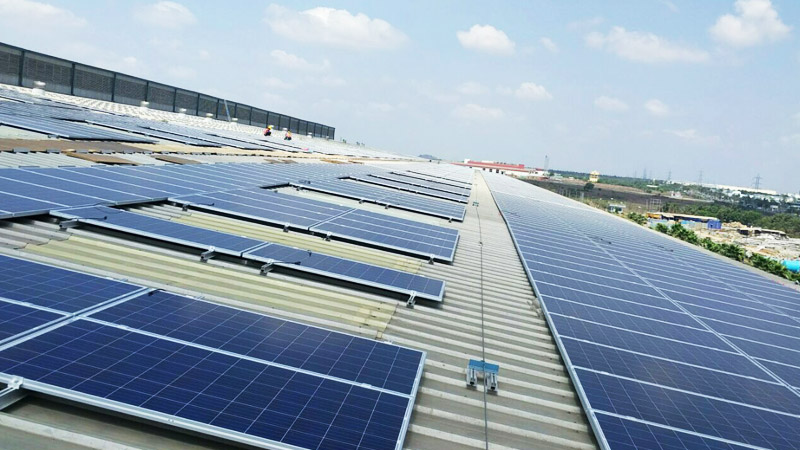 Apollo Tyres is one of the best reputed tyre manufacturer globally. Apollo has manufacturing units in India as well as Europe. Read more → 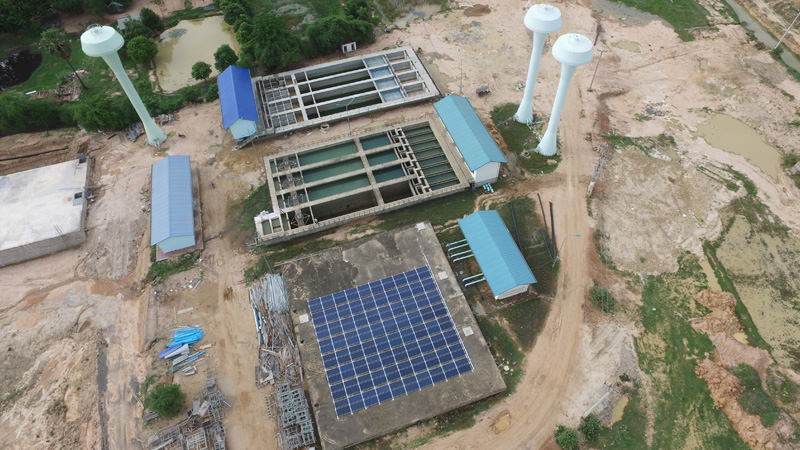 Reducing energy costs and contributing to the environment.

Phnom Penh SEZ is the leading Special Economic Zone in Cambodia and has attracted investment from leading multinationals through its prime location near Cambodia’s economic centre of Phnom Penh but also thanks to its world-class infrastructure. Read more → 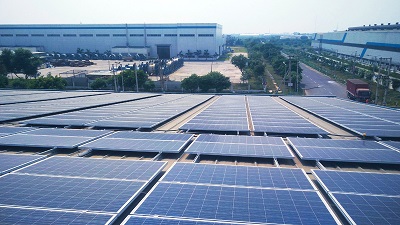 Kerry’s India team was seeking ways to control cost of power at its Haryana based plant and looking for ways to take make an impactful statement on internal sustainability initiatives.

Kerry is one of the largest and most technologically advanced ingredients companies in the world, producing thousands of application specific ingredients for the world’s leading food manufacturers and foodservice companies. With their world class manufacturing facilities and dedicated sales offices, Kerry has a strong presence in India. Read more → 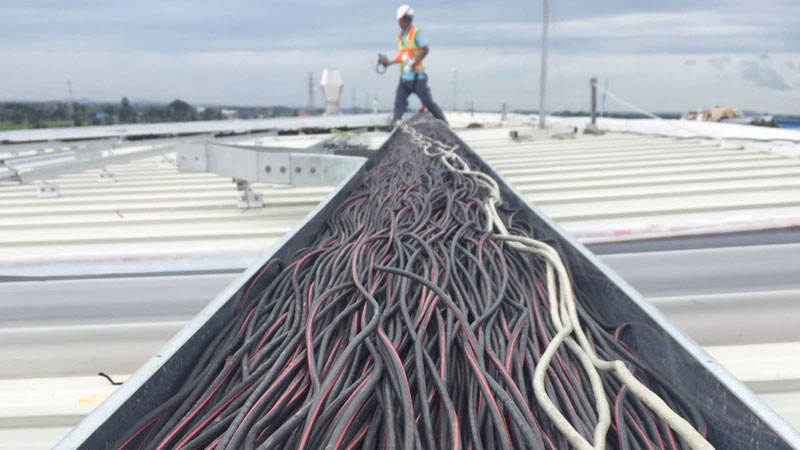 Coca-Cola is a leader in the Cambodian beverage market with brands such as Coca-Cola Light, Sprite, Fanta etc… and obviously Coca-Cola. However, it is also a leading investor and employer. Since 1993, the company has proven its commitment to Cambodia by continued investment; it was announced in 2014 an addition USD 100 million would be used to build a new factory and employ almost 800 local employees. Read more → 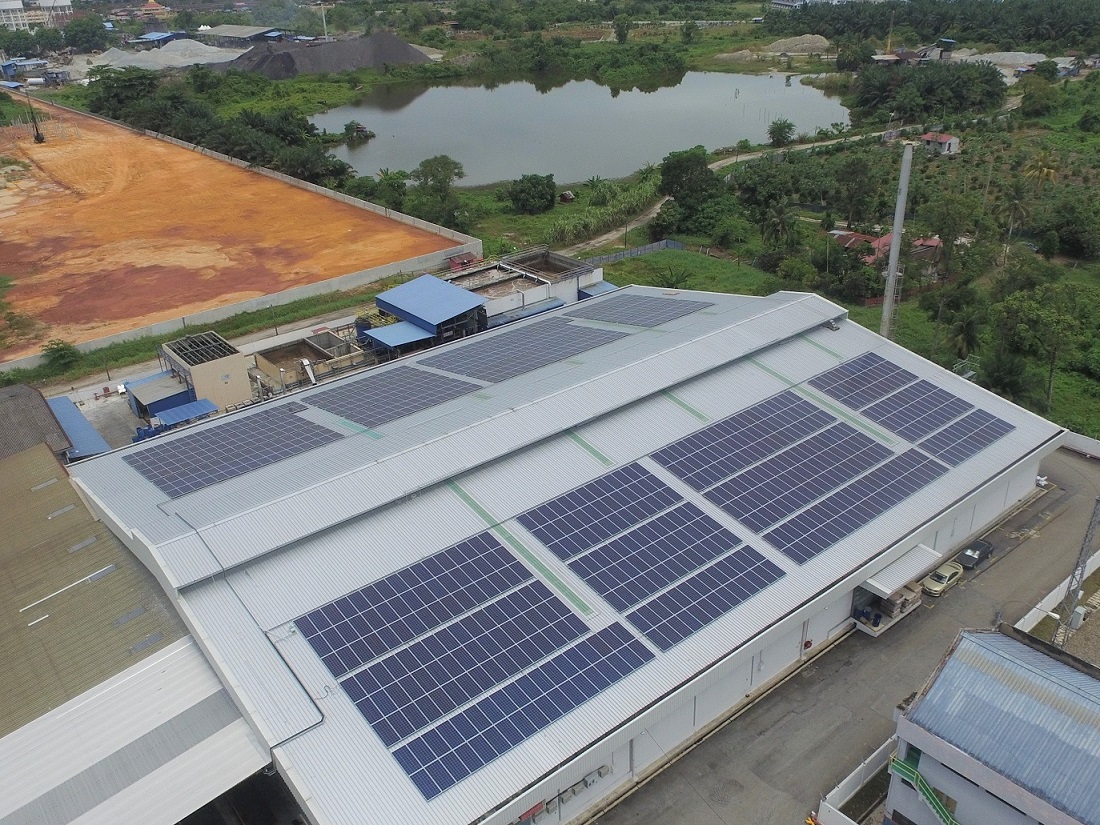 Denis Asia Pacific is committed to making meaningful contributions to a more sustainable society. Building on its historical values, the company is embracing its journey towards sustainability and has various initiatives in place across environmental, social and governance objectives. Read more → 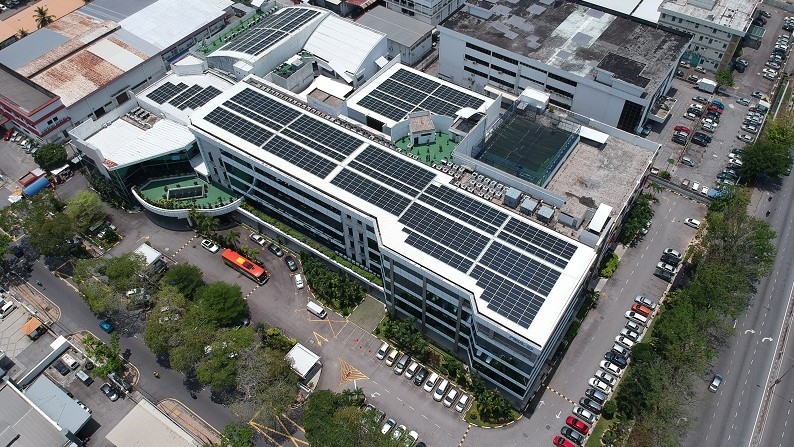 CAdopting on-site solar has been identified as an initiative that can further enhance the performance of the manufacturing facilities whilst at the same time improve a company’s bottom line and corporate sustainability. Read more → 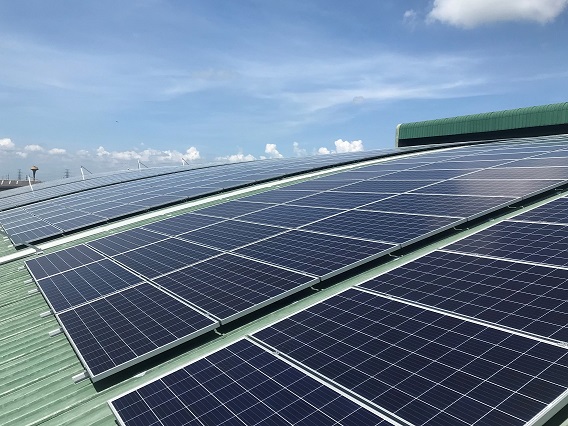 An on-site solar PV system has been installed on the rooftop of Siam Winery’s state-of-the-art winery in Samut Sakhon through a long-term partnership with Cleantech Solar. Read more → 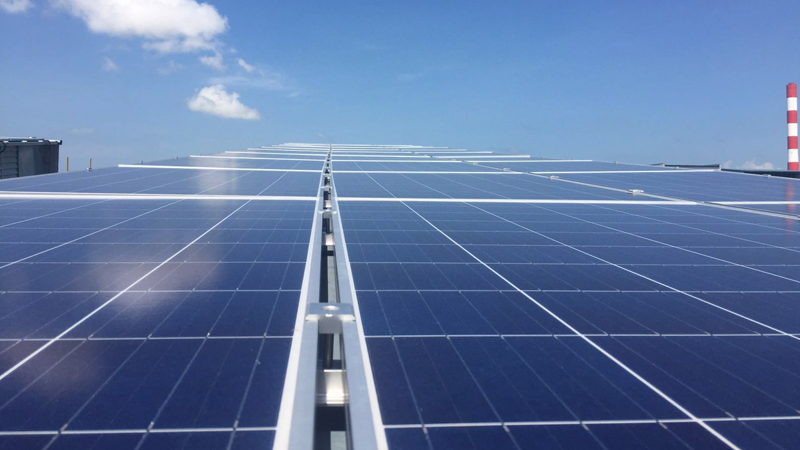 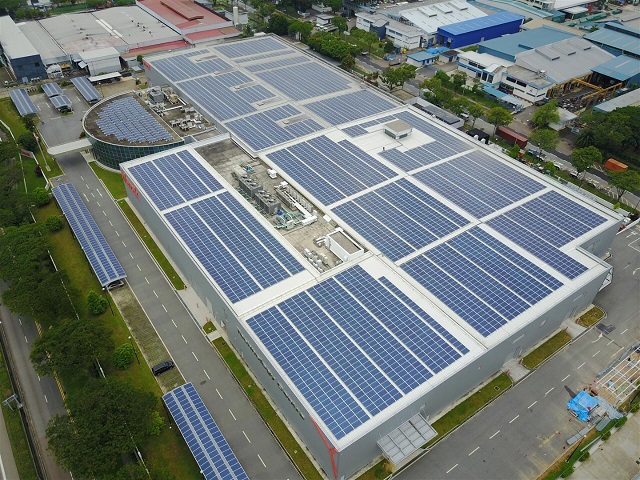 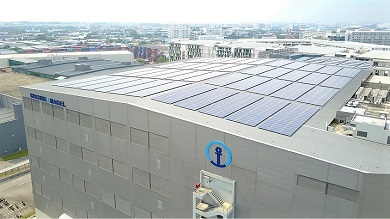 Kuehne + Nagel Singapore minimising environmental impact with the use of renewable energy.

Sangam (India) Ltd., the flagship company of the diversified Sangam Group is one of the largest and most modernised industries in the country. The company’s core business is that of textile and the group’s interests spread across power, energy, infrastructure and steel industries. Of the core textile business, ‘Sangam Suitings’ and ‘Sangam Denim’ are primary brands and one of the most trusted in the country. Sangam aims to operate as one of the most advanced textile complexes in India through infusion of new investments in design, modern weaving and state-of-the-art finishing equipment. Read more →